Bankruptcy in the Golden Years 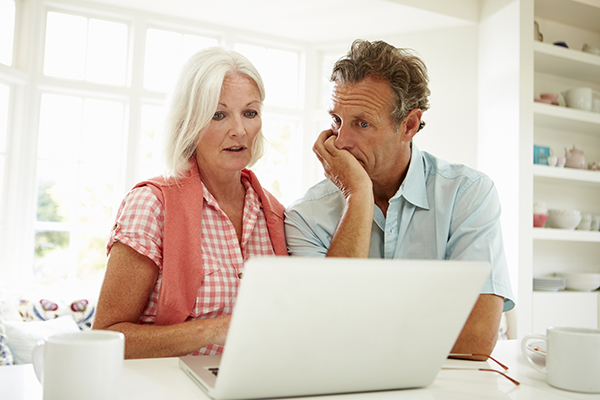 The golden years are turning into bankruptcy red for many retired and aging Americans. While medical advances are keeping seniors alive longer, the associated healthcare costs in the quest for longevity are being off-loaded onto the older individual at a time when reduced income is a hallmark of senior living.  Older Americans are increasingly filing for consumer bankruptcy. According to the Consumer Bankruptcy Project, the population aged 65 or more are filing for bankruptcy at a two-fold increase, and there is nearly a five-fold increase in the percentage of seniors in the US bankruptcy system.  Below are 5 factors which commonly force a senior into bankruptcy:

The sentiment among Americans is that their standard of living will increase at the age of retirement when it is quite the opposite. The typical retiree has set aside about $60,000 for their old age living, and more than 50% over the age of 55 have saved less them $50,000; as much as 40% of these workers have less than $25,000 set aside. The stark reality is none of these “nest eggs” are enough to see a senior through old age and the unforeseen disasters that can deplete what little has been saved.

One of the more common financial obstacles that create this bankruptcy scenario is a health issue. Medicare is not comprehensive. In the absence of a supplemental insurance plan picking up the non-Medicare funded 20 percent cost, a senior can be left with unforeseen operation and rehabilitation costs. Without full health care coverage, the cost of staying alive as a senior is practically prohibitive between prescriptions, treatments, surgeries, rehabilitation, and assisted care. The primary two options available to a senior to cover these costs of survival are credit card debt and loans. Suddenly, at a time when most seniors should have very low monthly living costs, they find themselves back in a debt slave scenario with little or no income to address their healthcare debt.

Many seniors have concluded that retirement is not a part of their future as they will need a viable stream of income to avoid financial disaster. While this seems reasonable, it is not a good plan to assume one will be healthy enough to work forever. As we age, there is an increased probability that working will become impossible due to unforeseen illness. When this happens, debts begin to mount, and bankruptcy becomes a likely result. Additionally, the era of stable pensions afforded to a long time employee has gone by the wayside. Fewer companies even offer them anymore and those that do often modify and reduce pension benefits to meet corporate expectations of financial profits.

The cost of living rarely if ever is reduced over time and while social security benefits seem like the answer to a senior’s retirement years; these benefits seldom cover basic living expenses no matter how long an individual may have worked or how much they paid into the system. The senior who is faced with government social security benefits and very little additional income usually turn to credit cards to address the gap between low income and living expenses. This scenario takes a senior right back to debt slave mode. As many as two out of three seniors who file for bankruptcy cite credit card debt as one of the primary reasons.

Scams that target the senior population are becoming more sophisticated and prolific with the advent of technology. What used to be a “one to one” scam can now be distributed via email to thousands of targeted seniors who are online in greater numbers than ever before. Often the unsuspecting senior will make passwords or personal bank information available to what they believe is a legitimate request for information from what appears to be a valid email. Seniors can also fall prey to predatory lenders as many seniors cannot read the fine print or understand the consequences of their actions. When scam artists victimize a senior, the senior often loses a large chunk of their assets which in turn can put them in a bankruptcy scenario.

While it is impossible to know the exact future, it is possible to make reasonable plans for it. Learn the ways that you can protect yourself from becoming part of these bankruptcy statistics in your senior years. Even a modest plan is better than no plan at all. Contact ABQ Elder Law in Albuquerque, NM at 505-830-0202 to discuss how you can create a financial plan that will see you through your golden years.